It is a bias under which an individual overestimates his own mental ability.

This is the reason many people think of themselves as great although their work may be terrible.

If you come across someone whose performance is average, but they’re not only clueless about their poor performance but they try to prove that their performance is good, that means that you’re most likely confronting  Dunning-Kruger Effect in action. 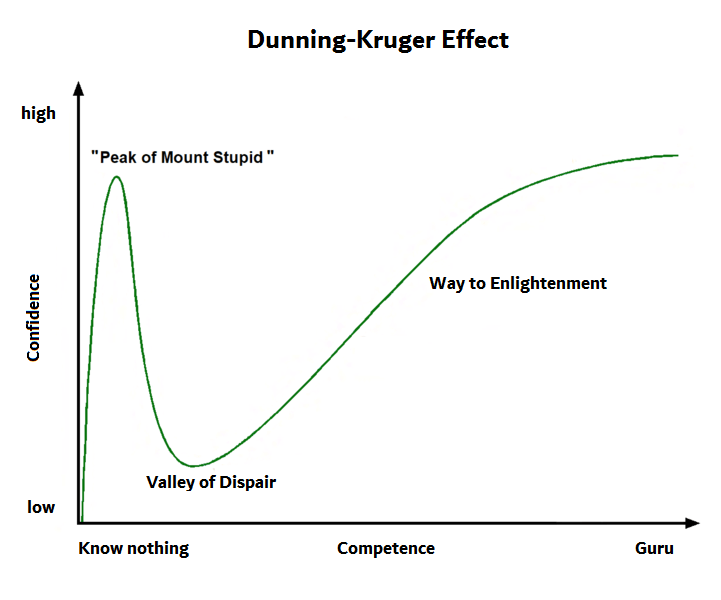 This term has been coined after the names of two Cornell psychologists- David Dunning and Justin Kruger. It is a cognitive bias whereby people who are incompetent at something are unable to recognize their own incompetence.

In simple words, it says that being stupid makes you more stupid to realize how stupid you are.