Home My Deep Dive The Other Side of Truth – We See What We Want To...
Tell Others
Facebook
WhatsApp
Linkedin
Email
ReddIt 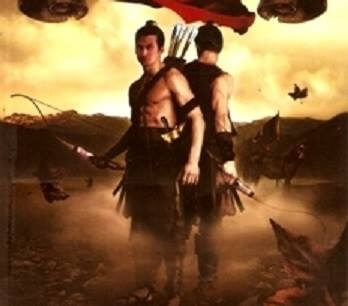 Dear Arjuna- we all misunderstood you!

It was a long day, I was too tired , yes me the great warrior Arjuna!I was so exhausted that I could not reach my tent and had fell asleep somewhere near our camp!
“You’re the brother of the Pandvas.Come over to their side.Let the world see the great warriors together. War will be over in a day.And as the eldest son you will be the king.Think about it Karna”

It was voice of my mother !

I thought I made it up, I thought I was dreaming. It happens sometimes ,in the evenings- after you return from the war, a war that with your own brothers , a war amongst best warriors of the time -you’re tired, half-asleep, half -drunk.

Yes you need something to sleep !

Can you sleep without taking some Soma when you have to go to war each morning after losing own brothers ,killing friends with whom you shared your childhood stories, after giving fire to yourown dead son, to kill or get killled .With sorrow buried deep in your heart and with a mind full of madness .

Lying still, I tried to open my eyes, there she was! Yes, it was she, my mother, Kunti!

And then I saw Karna, a man in shadow. I watched the moonlight come and go, casting its shadows across his face in black and white.

And while part of me , must be dreaming, there was another, overwhelmingly dominant part of me that was refusing to accept this. ”Karna, my brother”???

I didn’t know him very well, but my ears perked up whenever I heard his name. I guess I wanted to hear something – anything. Normally, when a person has a stellar image, the competitors are waiting in the wings to tear them apart. They’re waiting for that one fatal flaw to expose itself

Then I heard Karna,” If you think my troubles will be over simply because you have revealed the secret of my birth ,you’re mistaken! I’ve lost enough. You abandoned me on the first day of my life,but Duryodhana adopted me for rest of my life .My ‘ मित्र ऋण’ (debt to a friend) is greater than ‘’ मातृ ऋण ‘(debt to one’s mother).Now you come here for a selfish motive.I can never do what you ask.I will not kill any other sons of yours but Arjuna. If Arjuna kills me you have your five sons and if I kill him,you will still have five counting me “
Karna thought he could kill me! Sometimes misplaced over-confidence is the hall-mark of a Kshatriya!

He moved so fast. Before my mother could register his words or the fact that she had once spoken them to him herself,Karna jerked her to one side and left the place with tear in his eyes.

She wanted to touch him, to throw her arms around him — but something held her back. Maybe it was the fear that her arms would pass right through him, that she was not looking at his son, but at the ghost of a son that she had abandoned to hide her one mistake .

Kunti knew Karna would never be able to kill me. She knew that in the battle of Virata when Kaurvas were trying to rob the cattles,I had single handedly defeated all Kaurva warriors and Karna was among them.

Or she was trying to save Karna! She knew he was the only hurdle left for us and we would kill him next day. May be she thought she could save him by making him change sides. It seems that it was the guilt of last several years , she could not give an identity to him and now she was trying to give him a life!

But why Karna had tears in his eyes! I first saw him at the time of Draupdi’s marriage, he had issued a challenge to me.
Kripacharya was the judge and at the start of the duel , as a rule of the game he had spoken my name & heredity and the he asked Karna ,”Who are you”. Karna had stood mute with tears in his eyes.The marriage-contest was meant for Kshatriyas and he had entered it to gain recognition for his valo not knowing that he will be humiliated for life because of his caste, being a Sutta.

Now I knew why he was in tears! All his life stood shattered when Kunti spoke. All his life he had carried a burden of being a ‘Suta –putra’.A life without roots, a path that had been hard and steep. A life where your identity was dependent on someone else favors, a life under debt to Duryodhana.

I cried! I cried for my mother ,Kunti. An inadvertent mistake and your live with a broken heart throughout your life all with a guilt of ruining someone else’s destiny forever.
I cried for Karna, my brother ! A victim of fate – fate that is most courted and the most cursed

Then I thought something for next day. I will turn the wheels. I will bring glory to him that will remain with his name beyond this life and beyond time.

I will kill him.

Krishna was as usual at his charming best, trying cheer me up like every morning. I could not have survived till this day without him. He was a friend , a brother more than my brothers , a spiritual guide ,an excellent persuader and an unparalleled chariot-driver.

I saw Karna on a chariot being driven by Shalya. I had heard that Shalya ,being a Kshtriya ,was not happy in driving the chariot for a Suta-putra but had been persuaded by Duryodhana to do so. Rumors were also there about daily conflicts between him and Karna on the art of war.
Was it too difficult for me to kill Karna. He had used his best weapon to kill Ghatotkacha, he was in war-of-words and & ideology with Shalya , his chariot –driver –a person as important as eyes in war in those days.But the biggest battle was going on his mind- a revealing encounter with his mother, a pain of a difficult but wasted life…… I wondered whether he could sleep or he was also blaming the stars like me ,for last whole night.

Everything was working in my favor ,it was going to be the last day of Karna on this earth that was so unfair to him. I could have killed him so easily but I had other plans.
I pursued Karna and waited for his chariot to enter an area where soil was soft.

It was seventeenth day of the war.Water-logged eart of norther India has become wet and slippery. His chariot skidded and got stuck in the earth –the earth –ever unfair to my brother since the time of his birth.

Karna jumped down, tried to free the heavy wheel.

His chariot wheels were stuck , but wheels of his life and direction of my life was life about to change forever.

He pleaded something about the rules of the war ! A man on chariot must not fight a man on foot. I was not hearing him .Or Krishna , who was debating with him on dharma of the battle.

I had something else on mind , I was facing him, son of Sun ! And when your face is to the sun and you never see the shadows.

I put an arrow to the string . I was famous for not missing the mark. Neither did I miss this time.

I don’t blame you if you hate me, I wish you would, like you always did.