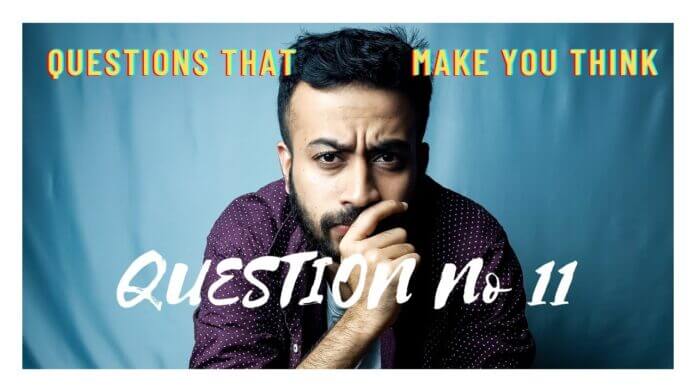 Q 1: Are you reading this just  as a fill-in for the blank time in your life ?

Most of the people watch TV, keep scrolling social media posts , read newspapers just to fill in the empty dots of time in their life.

There’s no purpose or direction when they engage themselves in these activities , just spending time .

Next level of people read self-help books, listen to motivational lectures, attend training programs – but again most of them don’t reach anywhere. As they’re just window-shopping something they don’t want  from the depth of their heart. There’s no dire need .They just read and forget, they listen the motivational stories , get excited temporarily and go back to normal life.

They never really apply the lessons that they learn from these stories, books or training-programs , because that needs discipline, to leave the comfort of your present habits. But as most of the people don’t a deep -desire to change , they’re not ready adopt new ways.

These people also get into all of the above activities but there’s a purpose and they’re selective in choosing what to read, what to see ,what to learn.

Their direction and purpose is reflected in each of their actions! And they try to implement the new learnings as for them that is the only route to their deep-yearnings.

Q2 :Are you being optimistic?

Check history, check the people around you , the most successful people are the optimistic people.

Q 4: What is the ROI of the domain where you’re spending maximum time?

Some skills can be very attractive and there might be skills that everyone is having !

For example, learning to walk-on-a-rope or skills of winning-in-a-card-game or skills of speaking-perfect-English (or any other alien language ) or choosing a career in a domain where returns are limited!

Do you really want to waste time on these ?

Try to judge the returns vs. the time and effort required to learn a skill!

If the returns are too miniscule or temporary , try to change your focus, your domain.

Try to play unlimited games in an unlimited domain where returns are also unlimited.

Q 4: Are you thinking in decades or years or months?

Most of us still act like we acted centuries ago – instant gratification is a feature that we can’t easily do away-with.

But all returns in life, whether in wealth, relationships, or knowledge, come by playing long games ,they come from compound interest.

As they say take the long road as there’s less competition out there.

Q 5 :Are you improving everyday ?

Learning and business is all about momentum.

What you do on day 1 should not look nothing like what you’re doing on day 100.

If you’re doing the same thing on 100th day , rest assured that you would not improve/grow much !

And if required pay to a coach or a trainer to learn ,to improve. A coach and a trainer would give a head-start .

There’s no use of wasting time in trying to learn by yourself, paying for mistakes if something can be learnt by paying some amount to someone who’s already mastered that thing up to an extent.

Point is to question each of your action every day and try to find whether there’s a scope of any improvement .

Q 6: Are you earning trust?

People would always  return to you if they can trust you.

You don’t need to put any efforts in networking, spending time in socializing , connecting with several people on LinkedIn.

Just earn trust of the people you’re currently working with.

They would be your network, they would bring more business , more opportunities and more connections to you.

Trust is the rarest commodity on earth If you can earn trust, you can build anything.

Your role-model should be someone who has risen from a background that is similar to yours .

There’s not much learning from someone who had an unfair advantage over you or had a different background and circumstances than you( rich parents, better schools, better environment ). You can’t follow their path to success !

Also don’t make a role-model if that person has won by unfair games  if your aptitude does not match their aptitude. You won’t  have full conviction as you don’t have similar beliefs ,and even if you win by using unfair means you won’t be be comfortable.

Q 8: Do you understand the rules?

Every game has rules.

The game of boxing is not all about punching your opponent hard, it’s more about winning more finer points than your rival.

The game of stock-market would tell you that the stock-price of every company would come down – ‘how much or when’ can also be predicted.

But the biggest rule is that stock-prices don’t move only because of company’s fundamentals , they also move because of greed, fear and hope of the thousands of market-participants.

Similarly there’re rules in politics ! For example, Trump simply won by discrediting his opponents – call yourself a victim to gain sympathy, call every opponent an anti-national, give them an adjective (crooked Hillary),send a small group of your followers to your opposition -camp, create division in opposition or try to create a riot, and use riot to use force ! These rules have been followed by all powerful men across the world since centuries.

Know the rules very well – career, family, money-making, politics -every game has its own rules.

Success is 30% talent and 70% understanding how to beat the game.

Key: Don’t hate the player who is winning by using the rules, try to master the rules.

Q 9: Why don’t you get straight to the point?

People are busy – whether in real work or they’ve sunk themselves in the noise of media around them.

When you want something from someone, just say it.

Beating around the bush is a sin.

Q 10: Why do you take things so personally?

“When you’re 20 you care what everyone thinks ”

“When you’re 40 you stop caring what everyone thinks ”

“When you’re 60 you realize no one was thinking about you in the first place.”

Keep in mind that no-one is thinking about you! Everyone is busy in sorting out their own shit ! You tend to get some shit from them as you happen to be close to them . But it is nothing to do with you , it is all about their own troubles and struggles.

Exception: Do take the beating from the people who care for you, who stand with you in your thick and thin, who want to improve you  – but these people would be rare .

And do check your own belief as given in question 8!

Q 11: Are you seeking the truth or do you want to just validate your beliefs?

Seeking the truth is courageous !

Validating your beliefs is easy ! 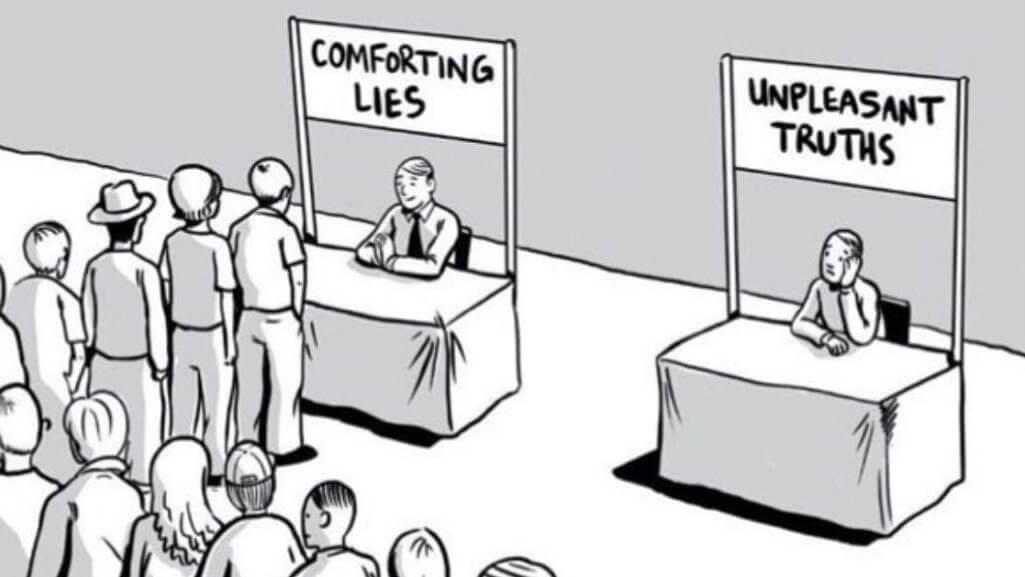 We all have a bias to see what we want to see and accept,

We tend to find data that supports our view of life, to read opinions that match with our own , to stand with people who share our beliefs.

This is also known as selective retention or selective attention. Many-a-times it leads to one-sided world view and keeps us away by making right choices.

Q 12: Can you really control that?

Smart people know what they can and cannot control.

They don’t get bitter when things go out of control as they know that there’re some larger forces  at play , everything is not in their control.

But they do get introspective when things go wrong due to their own mistakes . They tend to take a lesson and try to improvise for next time.

Q 13: If you’re unhappy about something in the world around you ,are you doing something about it ?

Few people are complaining-machines, cribbing-chatter-boxes. They’ve a complain about everything. They always have one or the other issue about everything. But they just talk, just blabber their frustrations on every available platform. These people  tend to become good friends with their mirror-images- the people who themselves are cribbers .In essence, they themselves are pessimistic and now they get surrounded by other pessimistic people. This leads to a failed and resentful life.

On the other hand, few people try to change things around themselves . In whatever small way, they try to help, influence, guide the people around them. They make small changes, make a positive impact  in the small circle they operate. Sometimes these circles have a tipping-point impact and their influence expands.

These people happen to have a satisfactory life and many a times they end-up changing the world on a smaller or a bigger scale.

Q14 : Can you disagree politely?

How you say it matter more than what you say !

Or you run away as you don’t want to state uncomfortable truths ?

Or you just try to shout out the other person !

The art of the disagreement is underrated!

Q 15: Are you satisfied with your success ?

If you’re satisfied with your success as you’ve moved far-ahead of your peers – then keep in mind that you’re just an average person !

All average people people are just like that ! As soon as they become better than their peers , they feel satisfied !

If you want to become better than average , click on this link ; Average Success Vs Super Success

If you want to go deep to understand above questions/answers, click on the following links, these might help you !

The Eagle & The Chicken !

Some Simple But Uncomfortable Truths About Life -Part 1