Home My Deep Dive Leadership :Do you stand for yourself or for your team!
Tell Others
Facebook
WhatsApp
Linkedin
Email
ReddIt 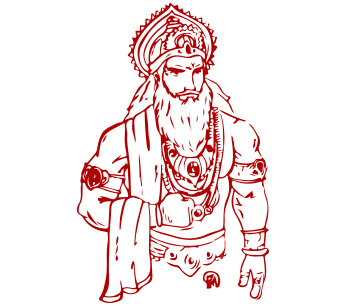 Either be like Krishna , who will not only fight for his team Pandvas ,but would make every effort ,play every trick in the background to make sure that his people are the winners !

Or like Karna, who will fight & die for his people ,even when others considered them wrong-the villains.

Who wasted first 10 days of the war as a Senapati ,who was not fighting for a win, who didn’t give his 100% but weakened his own army, who made his soldiers exhausted by engaging them in mindless pursuits and by directionless leadership.

And all he was looking for a compromise so that both sides would stop fighting and he could be recognised as a great visionary & a peace-maker.

He was only looking for his own name in the history, he was neither loyal to the king nor the side he was fighting for!