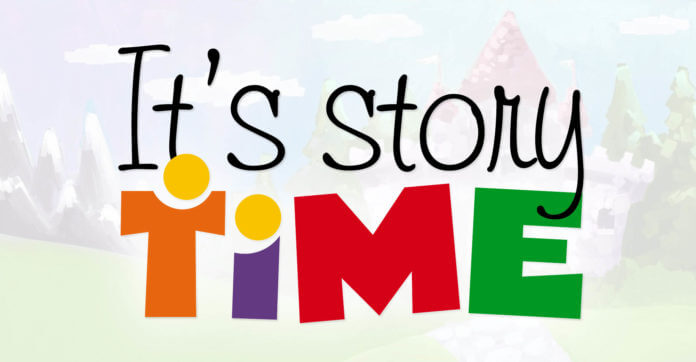 Because storytelling is the most powerful way to put ideas into the world.

One may wonder about the title!  Why be a story-teller? Why storytellers rule the world ?

Well, look around you?

Answer yourself: Who holds the highest positions in society, in organizations around you?

You would find a common feature among all these people who are in one or other positions of power or enjoy high status or can influence the society at large – the common trait is ‘how they present the facts ‘!

Stories (true or false) are a high level language for programming people preferences.

Why Story-telling is important :

– Every human is hungry ! Hunger can be of many types – hunger for food is just a basic need . But there is more to hunger 1 People are hungry for wealth , hungry for fame, hungry for hope , hungry for getting motivated and many more.

If we think deeply about the hunger , you would realize that the huger for hope and hunger for getting inspired is much bigger than hunger for food.

How you can get satisfed from this hunger ? Religion, Gurus, god-men, self-help-books are few of the domains that address this domain. This is one  of the reasons for existence of religions for several centuries. Self-help books are billion dollars industry. They all give you hope, they all tell you stories where you can feel motivated !

Till the time, there’s hope, and if someone or something to show hope, people would start keep believing them .And they do it by the art of story-telling !

Stories Stick to Your Memory

– Fiction ( story ) is easier to believe than any truth. It’s for getting at the truth when the truth isn’t sufficient for the truth. And keep in mind the fact that any & every ‘truth’ can be adjusted depending upon the side the story-teller wants to take & promote.

-It is difficult to win over others by giving sheer data. Humans are poor processors of data, they tend to believe in words, the words woven in a story like pearls strewn in a necklace. A thing that gives joy to 5 senses or to their imagination or serves their self-interest

Sometimes stories give a shape and form to something you want to hear as reality is too complex.

-Anything that requires the use of the brain, counters the previously held beliefs, threatens the status-quo is abhorred by masses. A good story-teller uses part – data, part -imagination & is able to find the truths that are linked to his audience’s self-interest and leverage them.

-While listening to someone with mundane data, the only parts of the brain activated are the data processing parts. But during a story, every area in the brain that one would use when experiencing the events of the story gets activated. A story can put the entire brain to work.

If one tells a story that has shaped his thinking & way of life, he can have that same effect on the person/people he’s telling the story to. The brains of the storyteller & the listener get synchronized. He can plant ideas, emotions & thoughts in the brain of the listener.

Whenever one hears a story, he has a desire to relate it to one of his existing experiences. While he searches his brain for a similar experience, he activates a part of the brain called the insula, which helps him relate to that same experience of joy, pain or disgust.

The most successful & famous individuals are rarely the first or the best. They happen to be the ones who can tell a great story.

Which ones successfully raise millions in funding?

Only those whose founders  beautiful narratives. A great story bridges the gap between what you have done and what you can do.

Suddenly, an investor can see how this million-dollar business could revolutionize the world. Tesla is worth more than the rest of the auto market combined.

Does it produce more vehicles than Ford, General Motors, or Toyota? The answer is ‘No’.

But it has Elon Musk.

Tesla doesn’t spend a dollar on marketing because it doesn’t need to.

True or not, Elon has got the world convinced that Tesla changed, and will continue to change the world. The first company to go all-in on the electric vehicle movement.

What’s next? Autonomous driving. Longer battery ranges. Cheaper vehicles. Is Tesla a tech company or a car company? 85% of its revenue comes from selling cars, but the public holds it in the same regard as a software company ,just like another Microsoft, Apple, and Facebook.

What are the signs of a good story :

It should make you laugh, and a few moments later it should break your heart. It should be beautiful ( success, struggle, humor) & at the same time, it should be full of monsters (bad relationships, bad events, bad experiences, failures).

Tips for telling a good story :

If you want to persuade someone , try to talk to the heart not the head, using stories

This is because srorytellers rule the world.

Be Your Own Narrator

Spend less time working on projects to fill out your resume, and more time refining the narrative (story ) that you want to tell.

Contrary to what you may think, few decisions are made solely using logic.

Tell the story that you would like to hear.

The one who can explain a normal accomplishment in a compelling manner will always stand out vs. the overachiever who can’t articulate what they’ve done.Remember storytellers rule the world.

Use of Storytelling in marketing:

Marketing is all about feelings, it is not about the facts.

And if you’re planning to use facts in your marketing, some fiction should be blended in. Fiction along with facts should be used to create feelings.

Weave a story around it .As there’s no better way than storytelling to create those feelings.

Example : Look at any advertisement on TV – you would find a story even in a 10 seconds script.

Hope now you agree that all powerful people are evry good in story-telling . That’s why they say that storytellers rule the world.

And here is a stroy for you . Read it to feel the impact of story-telling ‘Power of Circles.’

If you want to read this subject in depth, you can buy this book.