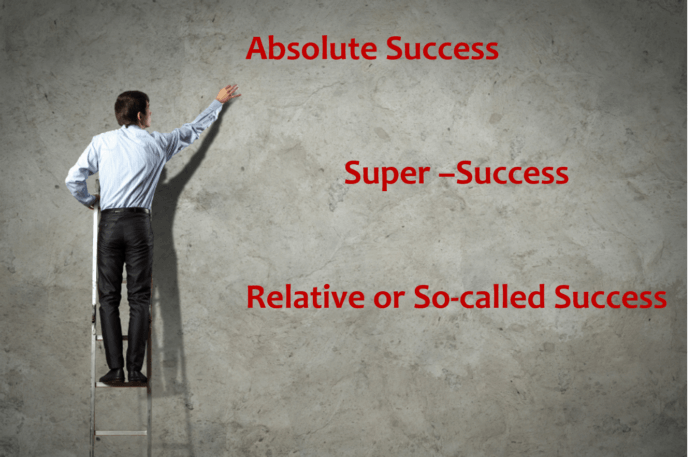 How it can help:

a) It may inspire you to reach to the next level

b)It may hurt your ego and may make you more HUMBLE. 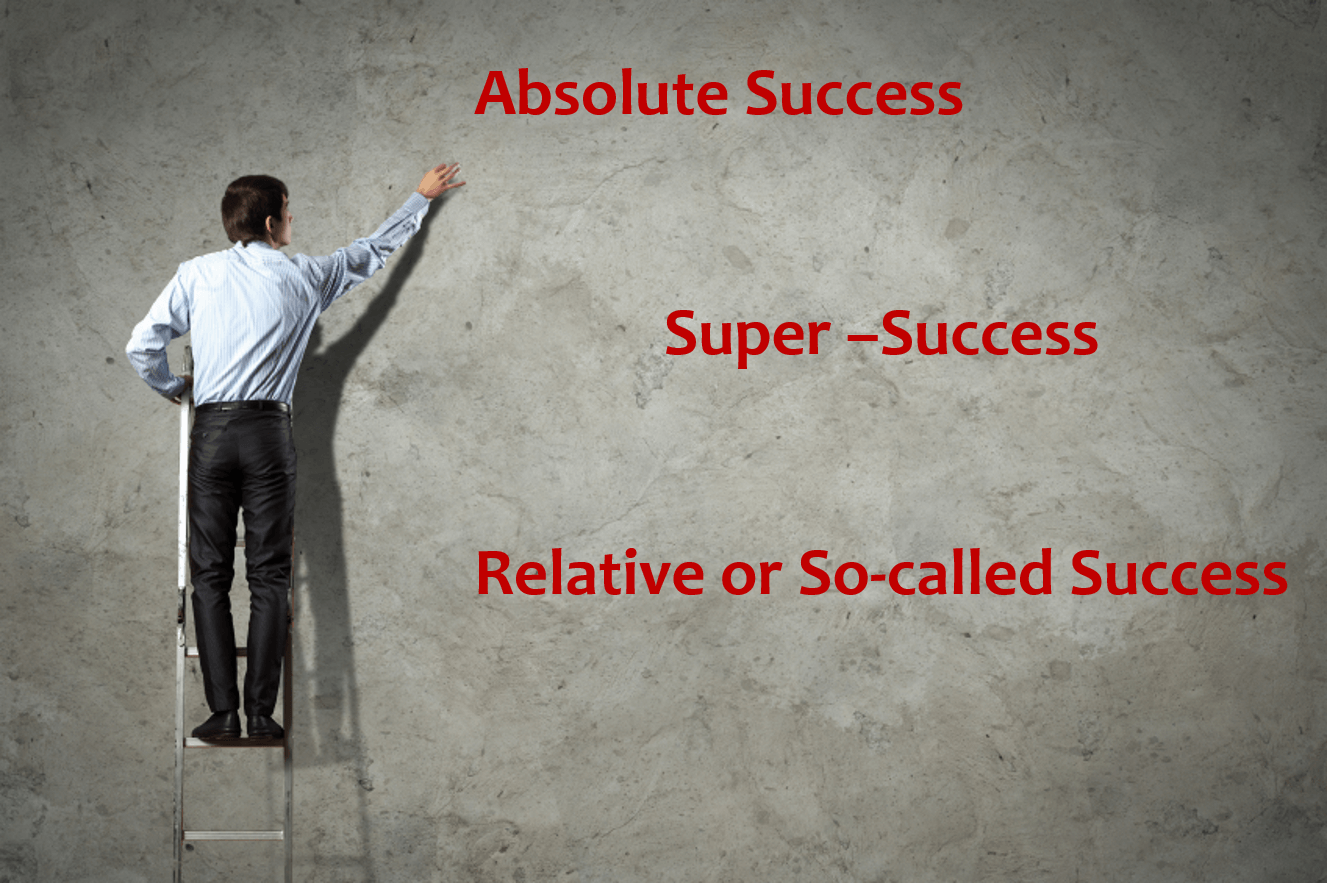 In most developing & developed countries, it is the easiest level to reach for anyone having an average body, average knowledge , with little hard-work and without much time spent in thinking.

Most of the middle class falls in to it , including you and me.

And most of the people are like Johnys in the  success-ladder shown below: 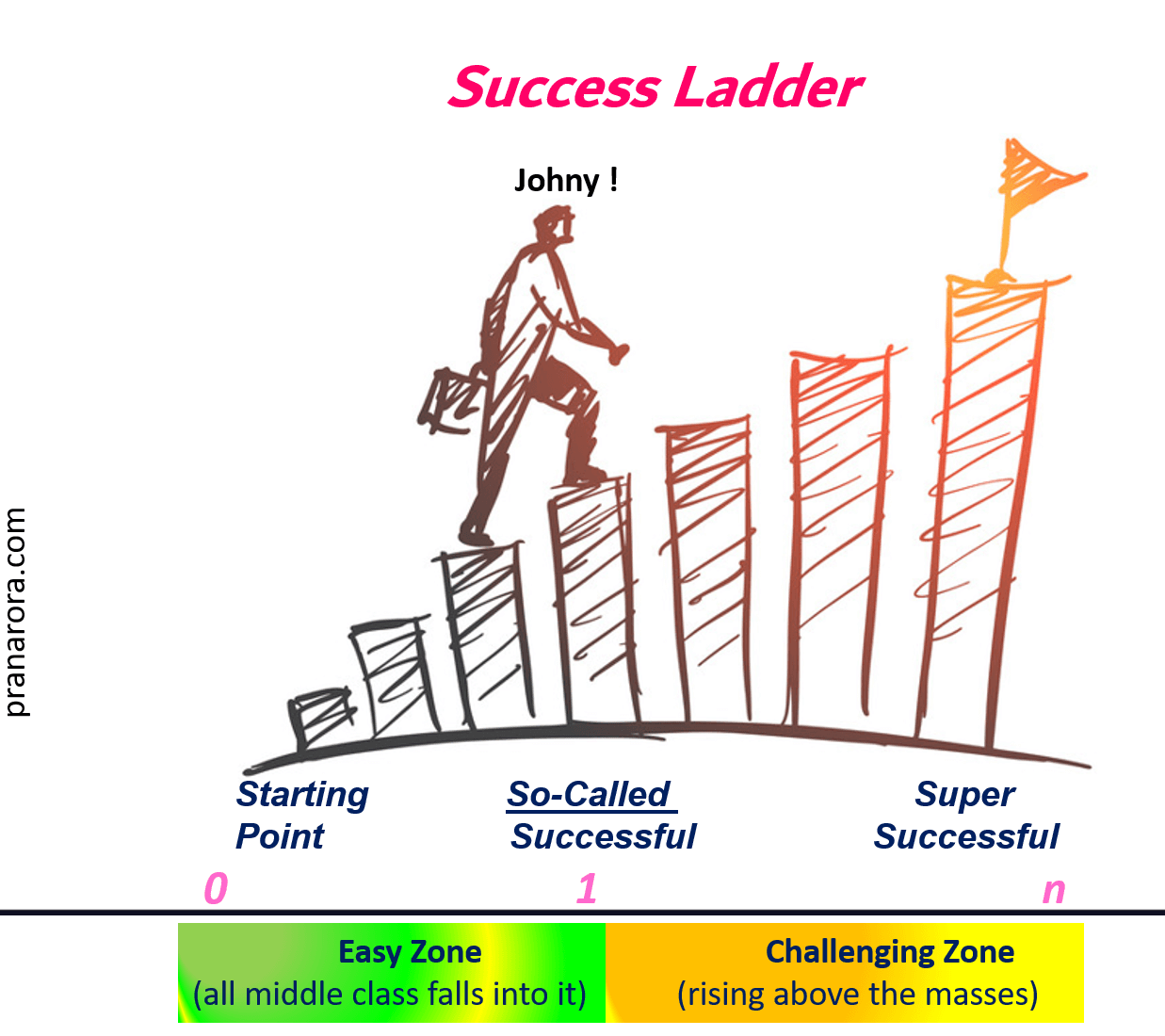 The people having so-called success ( relative success ) are the guys who’re in better position  in life as compared to their relatives, most of the classmates, neighborhood kids, and in comparison with the people having a similar family- background.

They have a stable job and live in a decent locality. They can afford to buy all middle-class luxury items, own home -either by taking a loan or on their own. Many of them already have savings or have a plan-in-place for their retirement as well as for expenses of their kids-educational and marriage. But they still need to think and worry about the money as well as their career/business.

These people are able to influence a small number of people – i.e. the people reporting to them + few more.

No special skills are required here except basic levels of efforts, basic level of knowledge , follow the orders and keep copying/pasting/decorating already popular ideas and little bit of luck.

Most of this success is forced upon due to external factors – society/peer/family pressure and requirement of fulfilling basic needs of food,clothes and shelter.

Even a person at a position of a country-lead (of a decent -sized company) or a successful businessman in a small town fall in this level.

Don’t believe it ? Well let’s see how many countries are out there ? There are 195 . And let’s assume there are 3000 companies in a country ( India has 5700 listed companies on stock exchange and there are many others who are not listed – taking 3000 as average for each country as few countries happen to be small) .

Based on above calculation, there are about 5,85,000 country-leads in this world! Imagine you’re country-lead and live in a city where only country-leads are allowed to live. So you would be just one man in a population of 5,85,000 people . And there would be many country-leads who may be running a company which are 200 times bigger than the country-lead whom you consider super-successful.

Now add another set of population to this town- all those businessmen, celebrities and politicians across the world and those  people who’re having a better  or similar type of social or financial wealth as a country lead , you may have a town of 10 or 20 million people. And that country-lead is just one of them. He may be relatively successful as compared to rest of 7 billion population in the world ,but he is still part of a crowd.

Hope this makes you realise that how a country lead is also just an average person . He may be relatively successful but he is nowhere super-successful. A calculation like this makes everyone humble.

(for a small town business-man ,try to do the calculation yourself)

The people having super-success are those who have risen far above their relatives/friends/neighbourhood kids as well as people with similar family background.

They are more focused on achieving something bigger, leaving a legacy and are beyond day-to-day concerns of a career as well as money.

It requires special efforts and some special qualities

These are the people who get a status of gods, their actions have a capacity to influence a majority of the world’s population.

They are the people who bring changes in the day-to-day life of the majority of human beings – either in their activities or in their thoughts.

Money /Status etc. don’t matter to them once they reach this stage.

Steve Jobs, Buddha, Newton, Michael Jackson are a few of the examples.

Same as Super Success people but these guys some time zoom into Absolute Level due to extraordinary favourable circumstances .

Success is generally measured on following 4 parameters of wealth a : 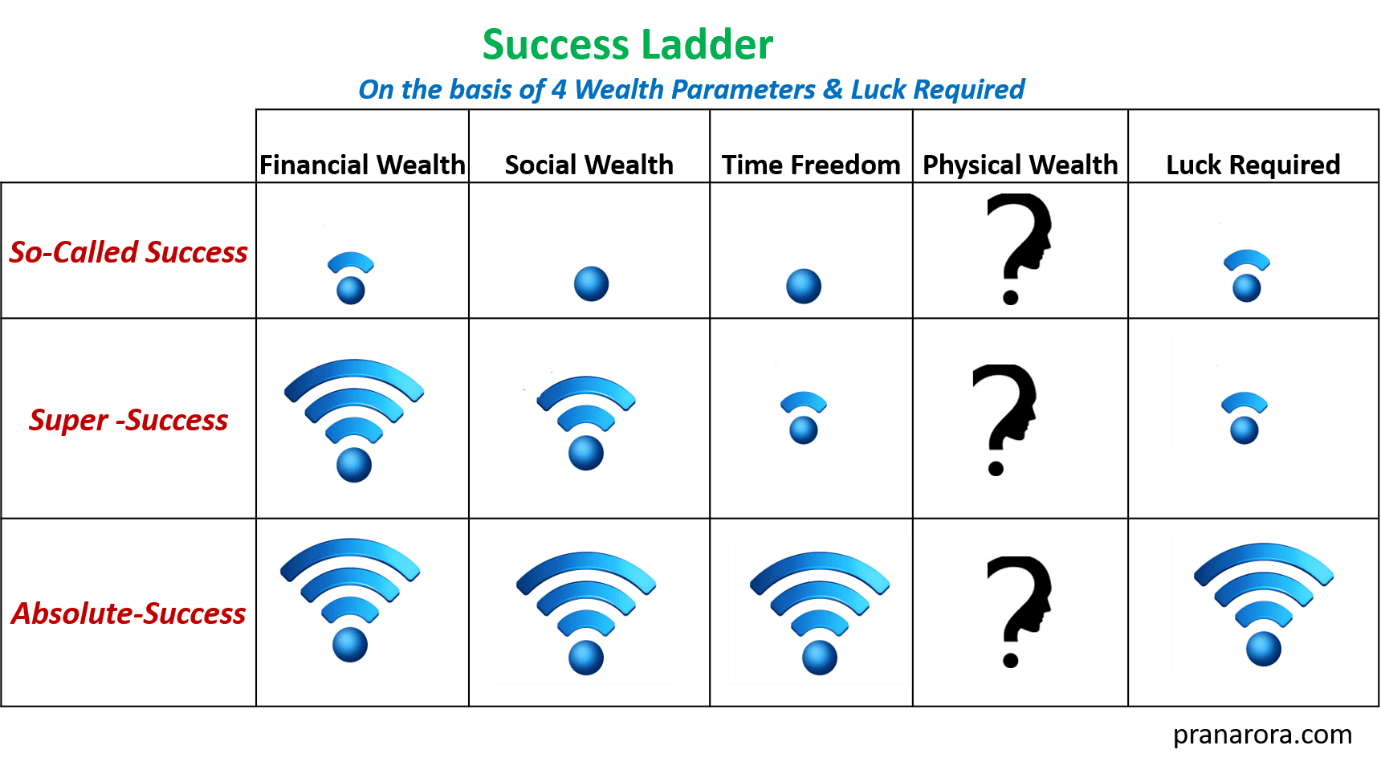 Have put a question mark on health factor as it is hard to get this data. But it has been generally observed that people in Super-Successful & Absolute-Successful categories tend to have a better health for a longer period as compared to So-Called-Successful people.

Hope this article helped you to get some different perspective and would help you in your progress on success-ladder !

You may like to read a long-format article by clicking here (Read time -45 minutes) –How to get Super-Duper Success.