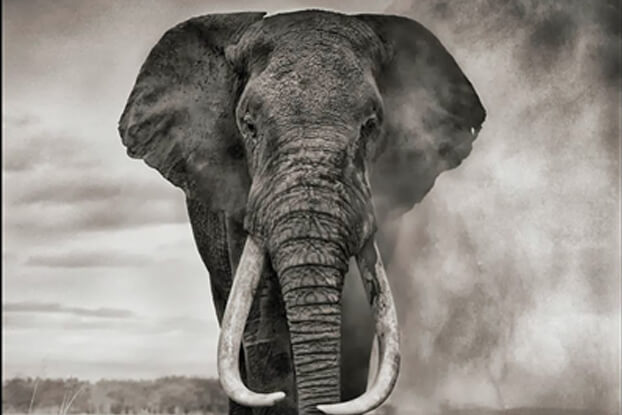 Killing of Ashwatthama –The Elephant

“You’ve to stop him, he is breaking the rules of the war “, and there was a concern in Krishna’s voice.

“But who’s following the rules?” one of the SaptRishi lamented. SaptRishis were seven sages, said to be born from the mind of Brahma, the Supreme Creator of this universe. They were the ones who were supposed to oversee the rule of law on earth.

“I agree, but using divine weapons against foot-soldiers of Pandvas is simply blasphemous, these soldier are commoners, they can’t fight against him. The fight should be among equals! And now he plans to use Brahmanda astra a weapon that can destroy the whole universe!”

Krishna was discussing about Draunacharya. Drauna had taken over Kaurvas army as supreme commander of Kaurvas army when Bhisma, the earlier leader, got injured.

Drauna had been a teacher to Pandvas and Kaurvas, and was considered to be master of modern warfare and divine weapons. Arjuna, one of the biggest warrior of those times was the most favorite student of the teacher, and his love and preference for Pandvas over Kaurvas was well-known. Drauna had publicly condemned Kaurvas’ attitude towards the Pandavas on many occasions. But being a servant of kingdom, Dronacharya was duty-bound to fight for Duryodhana, the prince of the kingdom, and thus against his favorite Pandavas.

“We have tried to convince Drauna,he has agreed to hold it back for the time being. But his line of argument is that as supreme commander of Kaurvas kingdom, he is duty-bound to do all he can to protect the kingdom and that argument worries us”, SaptRishis were agonized with the current turn of the events. They expected that renowned teachers like Drauna would and should act like a role-model for others as far as following the rules of the war was concerned.

Krishna felt pity on SaptRishis, their own torch-bearers of law had turned against them.

“Why don’t you do something about it ?,” Another SaptRishi  looked at Krishna with hope.

“Well it depends on how much time we have!” It was not that Krishna was not thinking about it, it was on his mind for last 24 hours.

Drauna was on a rampage, on a killing spree, killing Arjuna’s son as well as thousands of other soldiers in last three days. He knew that if he is not contained in next few hours, results can be disastrous. In the heat of the war, Drauna was losing sense of right and wrong or he was getting selfish. Leaving a great reputation behind was one of the constant themes that came out in his interactions with Drauna, in last few days. And Krishna knew that once an idea crosses your mind, however wicked it may be, there’s no guarantee that it won’t revisit you again.

Using Brahmanda weapon on innocent soldiers was a very dangerous thought, a thought if converted to action would have unprecedented consequences. In normal circumstances,Drauna was unlikely to take this extreme step, but if pushed to corner Drauna can resort to that. This worry had brought Krishna to SaptRishis.

“We don’t have much time, he’s a finicky old man these days,”

“In that case, we‘ve only few hours”, saying that Krishna stood up, touched the feet of each of seven sage and left. Sages saw him leaving the hut. Why this man has to take all the blame every time , each of them pondered.

Other day Krishna had talked Arjuna, the best warrior among the Pandava and his best friend. This was his second or third discussion with Arjuna .Arjuna was an emotional man, too much attached to his teacher. He was still carrying the scar on his soul about what had happened with Bhishma, his grand-uncle. He would cry during nights, all the previous discussions regarding Drauna didn’t  make any headway. It was difficult to discuss anything with a man having eyes full of tears,

Drauna needs to be disarmed, otherwise it would be impossible to defeat him, Krishna thought. Krishna headed towards his tent, he had called an early morning meeting with all the Pandvas and Dhristadyumna, the army commander of Pandvas.

They had arranged an elephant named Ashwathama, having a name similar to the name of Drauna’s son. How irritated a father would be if he had to kill an enemy named after his own son, Dhristadyumna smiled on this sinister thought. But there was no need for Drauna to kill Ashwathama, the elephant, he had already convinced Bhima to do this work.

Bhima was one among the five Pandvas brothers, the strongest among them, said to have the strength of ten thousand elephants.

Only piece of the puzzle yet to be solved was to convince Yudhishtra, the eldest of Pandva brothers. A man who was over conscious about his image, an image of being pious, always following the tenets of religion. Krishna had to find a way to convince him, otherwise whole strategy would fizzle.

Krishna understood all Pandvas brothers very well, he was very well aware of Yudhistra’s underlying desire for the kingdom although he expressed it in explicit words. But convincing him to lie to Drauna was an arduous task.

As soon as Krishna entered his tent, he could see all the worried faces. Yudhishtra was looking at the ground, trying to avoid eye-contact with other. Krishna could make out that others have explained the whole plan to him.

“Yudhishtra, many a times means don’t matter if the path is righteous and your conscience is clear, “Krishna said ,”And we are fighting a fair war, a war for your rights, a war that will end current the present rotting system.”

“But it still it would be a lie,” Yudhishtra was still struggling.

“You be ready, can you at least tell the truth about  the elephant ?”

“Yes, but……” before Yudhishtra could complete his sentence, Krishna interrupted him.

“Do you trust me?” This card never failed Krishna.

When logic fails, use emotions, Krishna understood it well.

Yudhishtra had no answer to that. Krishna kept quiet for some time and then turned his gaze towards others.

“Let’s make sure that we all are near Drauna when Bhima kills that elephant named Ashwathama,” Everyone nodded.

It was 4 pm. Arjuna had engaged Drauna in a duel for many hours. Teacher & pupil -both knew each techniques of each other very well, both had practiced together, and above all none of them was willing to kill each-other.

Drauna stopped, looked towards the direction of Bhima’s voice .Was he talking about Ashwathama, his only son, he was in a fix.

Bhima and few soldiers were dancing nearby, it looked like a celebration, a funny type ritual-dance that warriors do if they kill some powerful enemy.

Drauna felt like his heart has stopped pounding , had skipped few beats.Beads of sweat could be seen on his forehead.

He was not ready to believe it, his son was a fine warrior, an archer of great repute, could hold whole Pandva army on his own.

“Is he coming to pay his condolences for my son’s death?” a disturbing thought entered Drauna’s mind.

He came down from chariot, like he wanted embrace Yudhishtra, wanting to have a shoulder to cry! But he fell down like a broken tree, still not believing!

He wanted to hear from Yudhishtra, he trusted him ,Yudhishtra  was an epitome of truth and honesty.

“Did they kill Ashwathama?” he asked in a faintly voice ,he looked towards Yudhishtra  with hope in eyes , with eyes that wanted to hear a ‘no’

“Yes”, said Yudhishtra, taking a pause before adding,” Ashwathama is dead. But it is an elephant and not your son”

Krishna had given an escape route to Yudhishtra, he knew he won’t agree to speak an outright lie. On his signal, the other warriors all around them started blowing their  trumpets and conchs, raising a tumultuous noise in such a way that Dronacharya could only hear “Ashwathama was dead”, but  later part was lost in the noise.

Drauna was sitting on the ground, completely disheveled, like someone has sucked life out of him.

Dhristadyumna was waiting for this moment, he took out his sword, mustering all his strength, drew he swung.

The sword’s blade hit the side of Drauna’s neck, hard and deep. Yudhishtra could not stop himself, he ran towards the scene, he shouted, “It was an elephant, teacher. It was not your son”. And stood between sword and Drauna.

But he realized that he wasn’t moving. His head lay there, detached from the body, dead eyes looking up at him as though they were saying,” You’re late. Your deepest desire of becoming a king killed me…..it took over  your fake efforts of  being pious , being truthful”

And Drauna was no more, his impression about Yudhishtra had killed him.

Focus on finding a solution.