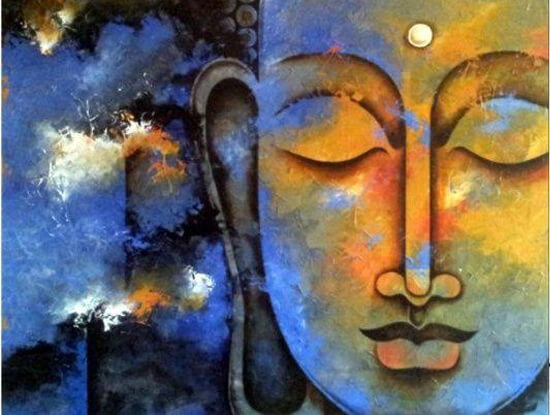 There were days, rainy days, when the forests of Lumbini were worthy of a photograph.The days it looked bright with a million shimmering leaves.

But it was a clear day today,colours of the forest seem brighter and more brilliant.

You could hear the chattering sound of playing children. A sound that always annoyed the elders resting in the garden nearby.But better than the silence when the kids were gone home.

Anyway there’s always a carnival atmosphere whenever children play.There is a sound of laughter in the air-a big, happy sound that can brighten any place even the thousands candles never could do.

These children were friends ,buddies. A mix bunch -there were kids who always got what they wanted and then there were those who never had enough.

Suddenly there was a rustling noise in the air and the children became silent. All eyes turned towards the sound.

A bird had fallen on the ground .A bird with a broken wing and had an arrow pierced in its heart.

Children hustled together and Sidharth was among them.

“Who had shot this poor bird?” one said.

” And why”? other exclaimed.

“It must be Devdutt, your brother Sidharth” a small boy guessed.

“Yeah,he is the only one ,who keeps hunting these poor souls”,a girl was sobbing.

Sidharth stepped ahead,sat down, took the the bird in his lap.

The bird with soft feathers,with bright and speaking eyes was graceful in pain.Had forgotten how to fly but won’t say goodbye.

After gently removing the arrow, Buddha ran back home holding it close to his chest to get it healed.

But no-one understood Buddha- neither then nor now- neither what he said nor his intent behind it.

There’s nothing left of religions these days except the superstitions that have superseded the teachings!

We are all eagles,eager to do an autopsy with our sharp beaks at the first scent of any trouble!

“Who did it? Why & when someone did it? ” creating a chatter that is more like a noise.

Dogs are wiser,if hurt they lick their wounds and come back soon to fight again.

“What should be done next” that is and should be the point,always.