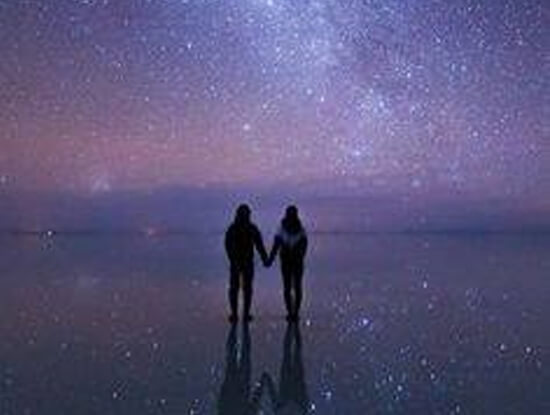 “I never believed in Santa Claus. None of us kids did. Mom and Dad refused to let us. They couldn’t afford expensive presents and they didn’t want us to think we weren’t as good as other kids who, on Christmas morning, found all sorts of fancy toys under the tree that were supposedly left by Santa Claus.

Dad had lost his job at the factory, and when Christmas came that year, we had no money at all. On Christmas Eve, Dad took each one of us kids out into the desert night one by one.

Dad grinned, “that’s Venus”, he said. He explained to me that planets glowed because reflected light was constant and stars twinkled because their light pulsed.

“What the hell,” Dad said. “It’s Christmas. You can have a planet if you want.”
And he gave me Venus.

Venus didn’t have any moons or satellites or even a magnetic field, but it did have an atmosphere sort of similar to Earth’s, except it was super hot-about 500 degrees or more. “So,” Dad said, “when the sun starts to burn out and Earth turns cold, everyone might want to move to Venus to get warm. And they’ll have to get permission from your descendants first”.

We laughed about all the kids who believed in the Santa myth and got nothing for Christmas but a bunch of cheap plastic toys. “Years from now, when all the junk they got is broken and long forgotten,” Dad said, “you’ll still have your stars.” – Jeannette Walls, The Glass Castle