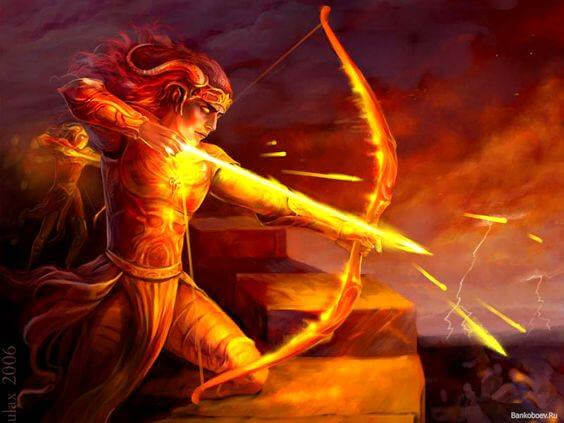 “Get up, my son, let’s go home, your mother is waiting”, he implored. It was the love of the father speaking in all its purity.

But Lakshmana Kumar won’t open his eyes. He,the son of great Duryodhana ,was no more.

He was lying in a wide, red puddle that spread out from beneath him. The tips of his curly black hair were wet with it.

There was something in his hand.

He recalled how Lakshmana was a virtuous, gentle and kind-hearted person,how every single day he would do something to alleviate the suffering of the needy.

Duryodhana was about to cry, when his eyes flicked to dead Lakshmana’s hand. His fist was curled around a small tape recorder.

“Do I have your attention, father?” the voice said.

Duryodhana knew that voice. But he couldn’t believe he was hearing it.

“Father ,you know I was a boy who wanted to be a writer ,but you forced me to become a warrior.

How i loved butterflies and roses ,creatures of a brief season,but you wanted me to play with arrows and swords.

Father, I did not die today , I was dead long ago when I was practising horse-riding in place of watching those birds in the far-away skies.I was dead like most of the other people in this world, who keep on doing things they don’t love but are still doing it.I wanted to bring meaning to life,but you wanted me to take away those same lives.
Father ,I didn’t die today, you killed me the day you took away that pen from me & handed over a sword”

Duryodhana was inconsolable. He reproached himself bitterly for being the cause of his death.

“In births after births may you never get a father like me, and may I always get a son like you”, saying so, the unfortunate father tore off part of his own clothes, and placed his son’s body on it and covered the body with earth and left.

But Duryoyadhanas still exist, even today, in all those fathers who force their kids to do what they want them to do. They don’t realise that the rainbows look beautiful because they are made of different colors and shades.If everyone becomes a CA,an engineer or a doctor,all the colors will be gone. And their sons will be dead like all the infinite number of average guys in the crowd around us, engaged in something they will never excel.

Hope you won’t be Duryodhana, by forcing your own choices on your kids , by making them average , killing them even before they die.